We have the only flag pole in Gretna, and have hoisted flags over All Saints for,

Olympic torch relay round Britain. It remained for the following Paralympic Games on 29th August

It was lowered and put on display in the church at the end of the games on 9th September.

2014, to coincide with the Queens Message Baton relay round Britain until it arrived in Glasgow for

the opening ceremony of the 20th Commonwealth Games on 23rd July 2014. After the closing

ceremony on the 3rd August 2014 it was lowered and put on display in the church.

These are both displayed at the back on the church on either side of the alter. 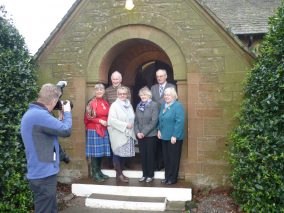 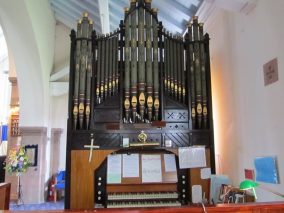 United Diocese of Glasgow and Galloway